What are you searching for?

Strong, dedicated leaders with a vision for the future guide Clarity Care in achieving its organizational goals year after year. With such committed leadership at our foundation, we are able to continue delivering value that exceeds customer expectations.

Barb Salemi is the Chief Executive Officer (CEO). She joined Clarity Care in June 2008 as Chief Financial Officer (CFO) and accepted the position of CEO in July 2015. Barb oversees a team of executive leadership to ensure the delivery of quality care and services to nearly 1,500 consumers each year. Under Barb’s leadership, Clarity Care will continue to expand its service reach and scope.

Barb holds an accounting degree from DePaul Univerisity. Barb is a graduate of the 2010-2011 Leadership Oshkosh class.

Barb is originally from Northern Illinois and is happy to call Omro home. She enjoys decorating, cooking, Sudoku puzzles, water-based recreational activities and spending time with family and friends. Hello, my name is Heather Petersen and I am the Chief Financial Officer (CFO) here at Clarity Care.  I started with Clarity Care in 2005 as an Accounts Payable Clerk and have had several different roles with in the organization including Financial Analyst and most recently Director of Business Administration.

I enjoy seeing how we can put smiles on our members and employees faces through living out our mission and promoting of our vision, values and philosophy.

I have a Bachelor’s Degree in Accounting and Business Management from Pensacola Christian College and am currently on the Advisory Committee for Fox Valley Technical College here in the Fox Valley for their Accounting program.

I reside in Oshkosh with my husband Michael and our growing family.  I am very active in my church, enjoy traveling, mentoring youth in the community, as well as spending time with family and friends.

Vice President of Facilities and Procurement Jeff’s current responsibilities include leading procurement functions focused on strategic sourcing, logistics, and efficiency, as well as the physical maintenance of all Clarity Care facilities and its fleet of vehicles. Jeff is a graduate of Leadership Oshkosh class of 2008.

Jeff lives in Oshkosh with his wife, Ann. They have three daughters who reside in Sheboygan, Grafton, and Chicago, and four grandchildren. He is a member of the Oshkosh Area Community Band, with whom he plays the trombone.  In his free time, Jeff enjoys woodworking as a hobby. Hello there, my name is Stacy Danford and I am the Director of Quality Assurance (QA) and Community Employment Services (CES).  I joined the Clarity Care team in February 2008.

Prior to becoming a dual Director, I proudly held positions as a Residential Coordinator, Coordinator Team Leader, and Supportive Home Care Outreach Coordinator.

My current responsibilities in QA include overseeing the quality improvement of various Clarity Care programs and regulatory compliance.  My goal is to create continuity, ensure quality and safety of services delivered, as well as organization policies.  My responsibilities in CES include overseeing staff who assist individuals who face barriers in finding, obtaining and retaining community employment.  Our goal is to provide an individualized experience to understand our consumer’s goals and best match them with employment that will allow them to succeed.

I was born in Oconto WI and moved to Green Bay at age 21 where I still currently reside. I adore spending the majority of my free time with family and friends.  I enjoy music concerts, traveling the world and watching the Packers.  I am very passionate about all animals and spoil my fish, little dog, and two cats. Holly was born and raised in De Pere. She obtained her Associate Degree in Nursing from Northeast Wisconsin Technical College in 2014 and her Bachelor’s in Nursing from the University of Wisconsin – Green Bay in December 2017.

She is married and she and her husband share three children. They enjoy camping, attending sporting events, and spending time outside. When not working I am spending time outside and going on trips with my family. I especially love hanging out with my niece and nephews. I have a passion for animals, my weakness is dogs. A favorite past time is shopping for the latest trends. I love traveling to find hole in the wall restaurants/bars for the best food and drinks, those hidden gems! Mark has twenty plus years in management helping companies expand and diversify their business and reach their desired goals. His passion is working in team environments and developing leaders to impact and influence those around them in all areas of life. He enjoys spending his free time going on long walks with his wife, having fun outdoors with their 4 children, and leading worship at his church.

“If we keep looking back, we are not ready to move forward.”
Rick Joyner Stan Kline joined the Clarity Care Board of Directors in December 2016.

Stan moved to Oshkosh in 1989 to become manager of the Sears, Roebuck and Co. store in Park Plaza. In 1993, when the store closed, Stan took early retirement closing a 31-year career in management with the company. In 1996, Stan joined the Oshkosh Chamber of Commerce as the International Trade Coordinator and retired from the chamber in 2006 as the Downtown BID Liaison.

Stan, having been drafted in 1963, continued to serve on active duty and reserve status until he retired as a Major in the Medical Service Corps. His last assignment was 4 years as commander of the 12th Medical Detachment in Beloit, the largest Preventive Medicine unit in the Army.

Stan was elected to the Oshkosh Common Council in 1994 and served until 1998. the last year as Deputy Mayor. He then ran for the Winnebago County Board in 2000 and served until 2013, when he moved out of the area. He was the Chair of the Personnel and Finance Committee, Government Affairs Committee, and Industrial Development Board.

He served on the board of the American Red Cross in Oshkosh and was the chair of the Red Cross State Service Council for two years. He joined the Oshkosh Area Community Band (clarinet) in 1989 and has been president since 1993. He was also chair of the Mayor’s Breakfast in Oshkosh for 17 years.

Stan has a bachelor’s degree from Wheaton College in Illinois. He and his wife, Kathy, live in Greenville, WI. Mr. Schmiedel is currently the president of Sareja LLC were he provides consulting services in the areas of strategy development, engineering and project leadership to select clients.

Schmiedel retired in 2015 as the Executive Vice President – Technology at Oshkosh Corporation where he oversaw all aspects of the company’s technology development efforts. His responsibilities included leading engineering efforts in product design, research and development, systems engineering, and implementation of best engineering practices throughout the corporation. The engineering organization includes over 1000 engineers and technicians which are engaged in the development and testing of new products as well as supporting production and service activities.

Schmiedel joined the company in June 1983 as the engineering liaison at the Aberdeen Test Center. During his 33 years with Oshkosh Corporation, Schmiedel has held various engineering positions of increased responsibility, gaining experience in the commercial, municipal and military markets which the company serves.

Schmiedel holds a bachelor’s degree in mechanical engineering from Michigan Technological University, has been awarded eight US patents and is a licensed professional engineer in the state of Wisconsin. 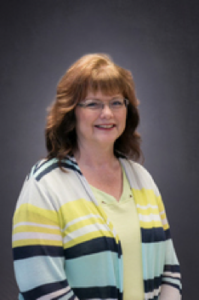 Anita Lind has been a member of the Clarity Care board since May, 2018.

She currently works at Aurora Health Care as a product specialist in Occupational Health Services, working with employers throughout the Fox Valley.

Anita also has over 30 years of experience in the insurance industry with emphasis on employee benefits and executive benefits.

She also serves on the Envision Fond du Lac Safety Council board, has been on the Oshkosh Community Foundation’s Women’s Fund Power Team for 14 years, and continues to be active in the Leadership Oshkosh Mentoring Program.

Anita is married and is a lifetime resident of Berlin, WI. Angie McCarthy has dedicated the past 20 plus years working in the nonprofit arena, with an emphasis to serve the underprivileged or underserved in the Oshkosh and Fox Valley communities. Many of those years were spent working at the Boys and Girls Club under the child abuse prevention programs. Angie then took a once in a lifetime opportunity to start a new nonprofit organization by creating the first ever emergency warming shelter for the homeless in Oshkosh; the Day by Day Warming Shelter. Angie believes this was a fight worth fighting and continues to support the homeless efforts both locally and statewide. Angie was then asked to provide leadership in the Executive Director role of BEAMING Incorporated (Building Equine Assisted Mobility Into New Growth). Angie continues to work in the non profit arena in the Fox Valley area.

Angie feels her purpose is to serve those that may not have a voice to advocate for themselves. She cherishes people and has a passion to help those in need in whatever way she can. Angie has had the honor of serving on several boards of directors that serve the elderly and those with a variety of abilities. Angie is a natural fit for Clarity Care’s Board of Directors. Angie joined Clarity Care board in 2016. Angie is a Leadership Oshkosh Graduate 2013-2014.

In her “spare” time, Angie most enjoys time spent with her husband Dennis of 40 plus years, her 2 grown children, her 4 precious grandchildren and her golden retriever! Besides spending time with family and friends (or as she calls them FOC= Family of choice), she also enjoys singing and providing joy and comfort through her music ministry. Traveling, gardening, canning, baking and doing a few Pinterest DIY projects are a few other things she enjoys. Angie and her husband also volunteer regularly at their faith community and on many projects around the community.

Angie believes in the saying “Be the change you want to see in the world”. Making a difference begins with you! Annie Elmer has been a member of the Clarity Care board since January 2018.

Annie was born and raised in Oshkosh and returned to the area in 2015.  She enjoys traveling and spending time with family, friends, and her dog, Sadie.

Bruce is a Senior Premier Banker with 30 years of experience currently serving the Ripon, Fond du Lac, Lomira, and Random Lake, Wisconsin markets. Helping customers meet their financial goals is Bruce’s primary objective. He helps customers build a solid foundation for the future with a thorough understanding of their needs, thoughtful preparation and an integrated approach to banking.

Prior to joining the BMO Harris Premier Services team, Bruce was a Branch Manger at BMO Harris Bank. He received his Bachelor of Arts degree in finance and his Master of Business Administration from the University of Wisconsin-Oshkosh.

Bruce is treasurer of the Oshkosh Mid Morning Kiwanis Foundation, and past President of Oshkosh Area United Way. He is also involved with the UWO College of Business Advisory Council. Bruce lives in Oshkosh with his wife, Kim, and daughter, Kiley. He enjoys golf, bicycling, weight training, football, reading, and Caribbean vacations.